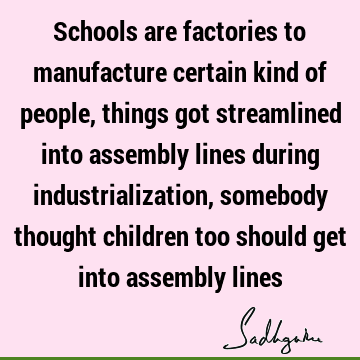 The heavens that people have imagined are such lousy places that I would never want to go there.

Parenthood is a very funny thing. You're trying to do something that nobody has ever known how to do well

A lot of people believe Yoga started in California, I met someone who seriously believed it was Madonna who started Yoga

We must create schools in such a way that children want to go there.

The whole world is busy trying to teach everybody something that has not worked in their lives.