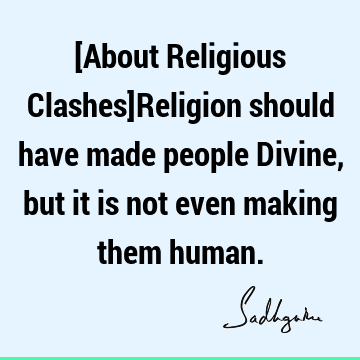 Religion is the arrogance of assuming things that you do not know.

The heavens that people have imagined are such lousy places that I would never want to go there.

What the sword and the gun could not do, MTV is doing it.