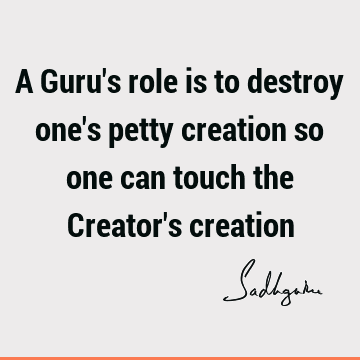 the journey is from being a part of creation to be part of the source of creation or the Creator.

A Guru is somebody who will destroy your psychological reality, so that you can come down to the existential

Any method to heighten the presence of that which is the source of creation within you, is yoga

Joy is a natural phenomenon. Misery is your creation

You have made your petty creation (psychological process) far more important than the Creator's creation. That is the fundamental source of all suffering