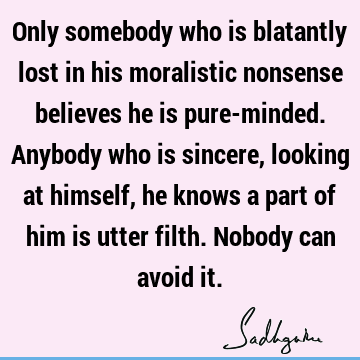 Only somebody who is blatantly lost in his moralistic nonsense believes he is pure-minded. Anybody who is sincere, looking at himself, he knows a part of him is utter filth. Nobody can avoid it.

People who believe they are good are always looking down at the world. It is a sure way to miss the world.

A true friend is someone who has the courage to tell you what shit you are, and still be loving and nice to you - that is friendship.