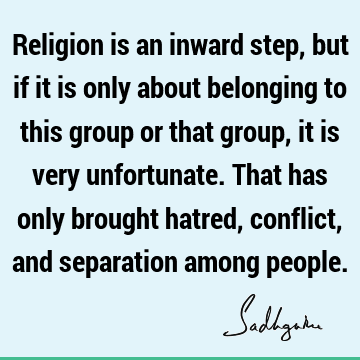 Religion is an inward step, but if it is only about belonging to this group or that group, it is very unfortunate. That has only brought hatred, conflict, and separation among people.

Religion can not be done on the street, it can only be done within you

Religion is the arrogance of assuming things that you do not know.