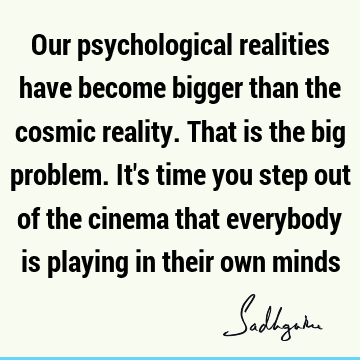 Our psychological realities have become bigger than the cosmic reality. That is the big problem. It's time you step out of the cinema that everybody is playing in their own minds

New is a trap, old is a cesspool. If you jump out of the cesspool into a new trap, that's not going to help

Learning to live with the reality is the most important dimension. If you stop distorting things in your mind and just see everything the way it is, mukti is just one step away. You don’t have to do anything. Just time will mature you into another place.