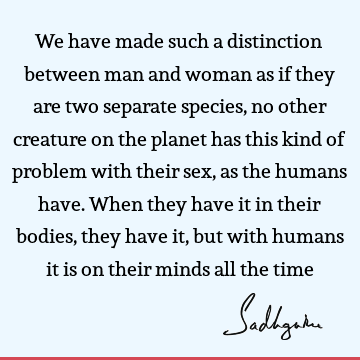 Everybody wants a solution. Solutions will not come without realizing the nature of the problem, nobody wants to look at the mechanics of how the mind functions. Once in a way something may work, that’s not the point. But those are accidental happenings. That is not a solution.

A spider weaves a web for other things to be caught. But if you're that kind of a spider, you build a web in which you're caught, you're a stupid spider, isn't it? Most human beings are in that condition