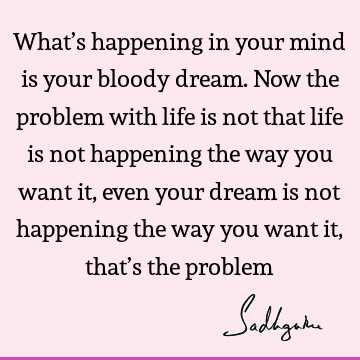 Everybody wants a solution. Solutions will not come without realizing the nature of the problem, nobody wants to look at the mechanics of how the mind functions. Once in a way something may work, that’s not the point. But those are accidental happenings. That is not a solution.

When I first came to United States, one word I was hearing everywhere is, ‘stress management.’ I could not understand this because in my mind, we manage things which are precious to us - our family, our wealth, our business and whatever else which is valuable to us. Why would anybody want to manage stress, is something I couldn’t get for some time time