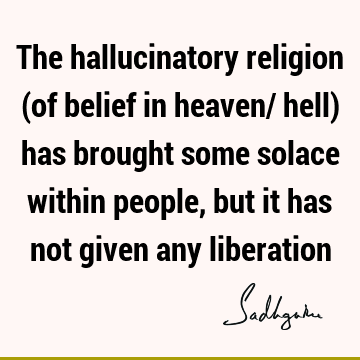 The hallucinatory religion (of belief in heaven/ hell) has brought some solace within people, but it has not given any liberation

Religion is not about belief-system. All religions started as a method to turn inward. An inward step can be taken only by an individual. It's a very intimate thing; But when people try to organize this inward step, naturally it gets distorted.

Believing gives you comfort, solace, and a sense of belonging, but there will be no courage and commitment to seek what is true