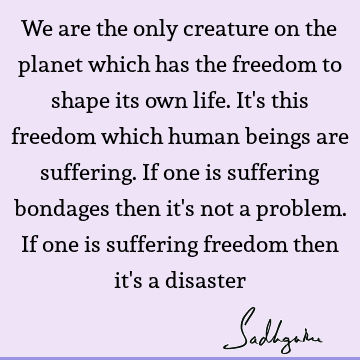 You don't see other creatures of the planet suffering like human beings. Their suffering is purely physical. If they are physically harmed, they are in pain. Even in pain, the do not know the kind of suffering that a human being knows