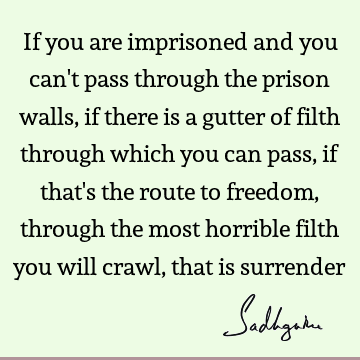 If you are imprisoned and you can't pass through the prison walls, if there is a gutter of filth through which you can pass, if that's the route to freedom, through the most horrible filth you will crawl, that is surrender