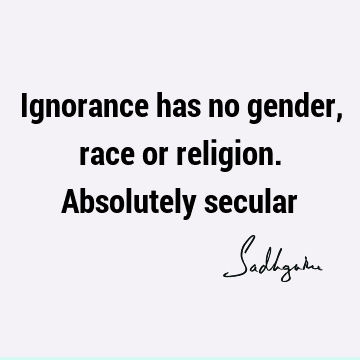 Ignorance has no gender, race or religion. Absolutely secular

Fear and ignorance are always together. Knowing releases one from fear.