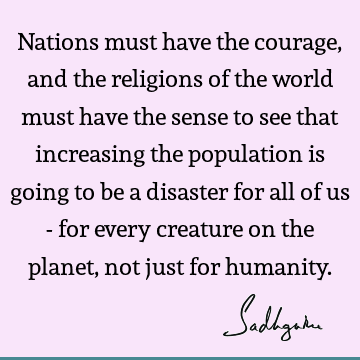 Additional information/ Source: Book: A Tree Can Save The World; Page: 23

History is replete with many events where individual leaders because of their insight and their commitment, have changed the course of what happens on this planet. At the same time, there are also many disastrous events on the planet when leaders operated without the necessary insight and did things which caused enormous disasters on this planet

We have the technology, resource & capability to address every issue on the planet. The only thing missing is inclusive consciousness