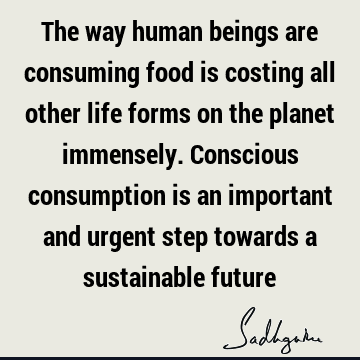 The way human beings are consuming food is costing all other life forms on the planet immensely. Conscious consumption is an important and urgent step towards a sustainable future

For all the other beings, everything in their life is set, Once you are born as a human, your life is in your hands, Nature has left that responsibility to us

Too many human beings are crippled either with fear or with guilt. This crippling of Humanity is passing off as Religion