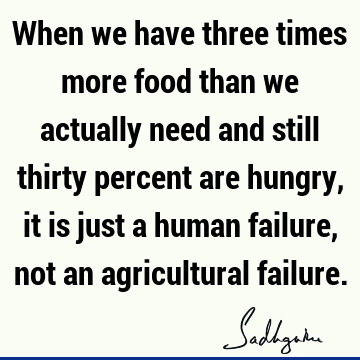 When we have three times more food than we actually need and still thirty percent are hungry, it is just a human failure, not an agricultural failure.

If you become aware of how many living beings are giving their lives to sustain yours, you will eat with enormous gratitude.