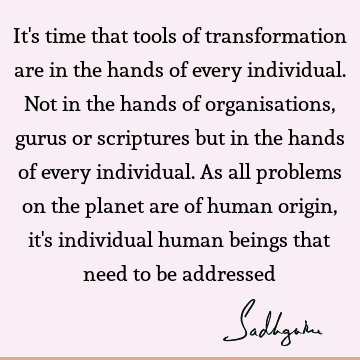 One simple thing that can transform a human being is emotion. Your emotion can drag you into the gutter or it can take you to the highest peak of consciousness

There are all kinds of idiots on the planet, but the so-called religious and spiritual idiots take the cake anywhere in the world.

Spirituality means that you are seeking tools to go beyond the limitations of the five sense perceptions and experience something more than the physical.