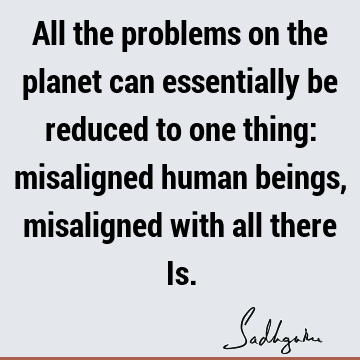 All the problems on the planet can essentially be reduced to one thing: misaligned human beings, misaligned with all there Is.