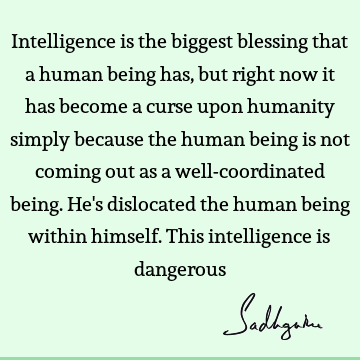 Empathy, Compassion, Love are consequences of a human being being in a certain way, you nurture the root, fruit will happen. Fruit is a consequence.

Only because human beings are not living according to their human nature, they have to think up good things and they think of these good things which are unbearable for lots of people.

Every step has become half a step for a large part of humanity because the fear of suffering has crippled them. Let it be a full stride always.