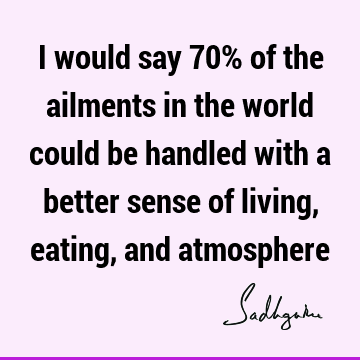 I would say 70% of the ailments in the world could be handled with a better sense of living, eating, and atmosphere

If you become aware of how many living beings are giving their lives to sustain yours, you will eat with enormous gratitude.

To eat intelligently means to understand and supply the kind of fuel the body is designed for so that it can function at its best. The way you eat not only decides your physical health it decides the very way you think, feel and experience life