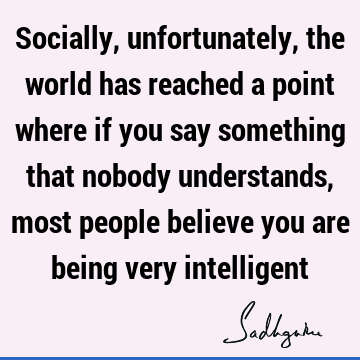 Youth is humanity in the making. If something is in the works, the more attention you pay to it, the better the product will be

Money, influence, comfort and intelligence come as blessings, but become curses for most people

Morality has become important in society because people have forsaken their humanity. Morality is a poor substitute for Humanity