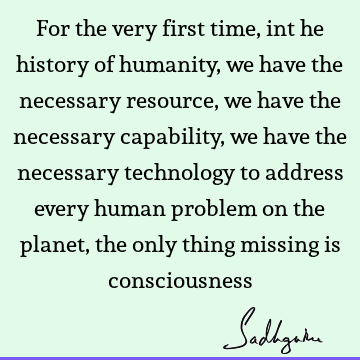 We have the technology, resource & capability to address every issue on the planet. The only thing missing is inclusive consciousness

Every step has become half a step for a large part of humanity because the fear of suffering has crippled them. Let it be a full stride always.

All predictions are an insult to humanity, that means there is no value for what a human being is.