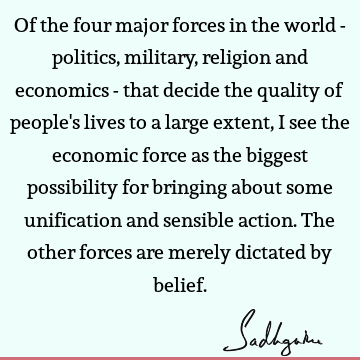 Of the four major forces in the world - politics, military, religion and economics - that decide the quality of people's lives to a large extent, I see the economic force as the biggest possibility for bringing about some unification and sensible action. The other forces are merely dictated by belief.