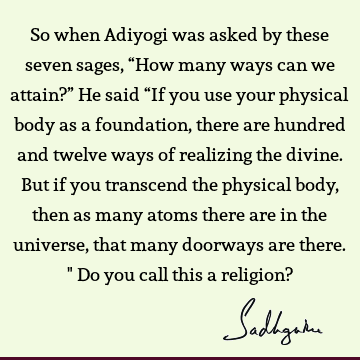 When you identify yourself with an ideology or a belief system; slowly your brain is turning into a concrete block. Calcification is happening, that’s why we call you a bonehead; How efficiently it happens depends on the efficiency of the preacher or the teacher. If he is very efficient, you will be a solid block where nothing goes in, nothing goes out

All we will do is divide people into different kinds of moral sects and they will always fight because nobody can fit into your morality because even you don't fit in actually.